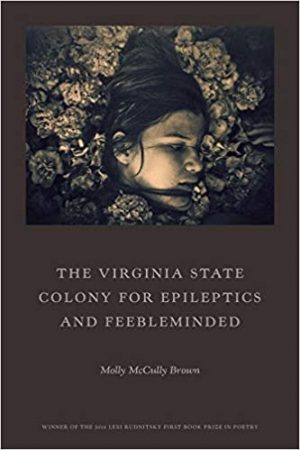 The Virginia State Colony for Epileptics and Feebleminded : poems

Harrowing poems from a dark corner of American history by the winner of the 2016 Lexi Rudnitsky First Book Prize in Poetry.

Haunted by the voices of those committed to the notorious Virginia State Colony, epicenter of the American eugenics movement in the first half of the twentieth century, this evocative debut marks the emergence of a poet of exceptional poise and compassion, who grew up in the shadow of the Colony itself.